Confessions of a Theater Critic: Part 1 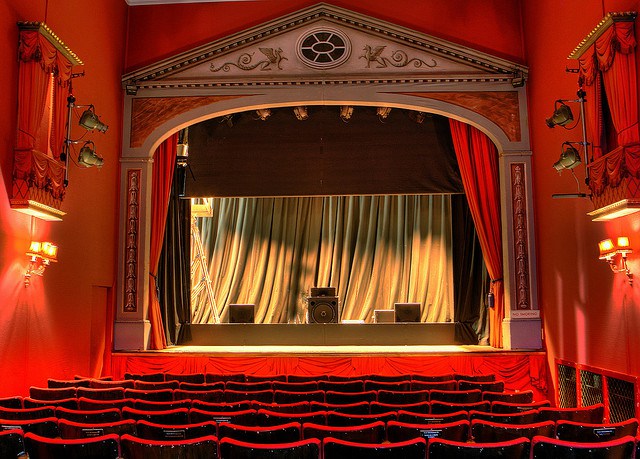 I didn’t set out to become a theater critic.

But thanks to a career-changing twist of fate, it’s become one of the most satisfying parts of my writing life.

In 1998, when I joined The Ledger, a daily newspaper based in Lakeland, Florida, I started as a part-time news clerk. My responsibilities included typing news briefs and producing daily crime maps for cities in our county. A few weeks later I was promoted to full-time news assistant. Eventually I made it to reporter.

This turned into a fulfilling and interesting 10-year career with the Ledger. I became a reporter with a focus on features and a love of the arts. Over the years I covered two municipalities, schools, churches, and my personal favorite: the arts. My love of the arts grew as did my reputation in the arts community.

At least it was until the economy tanked and the paper entered into several rounds of layoffs. I was axed in round two.

I was still reeling from my job loss when the paper’s theater critic resigned. Because of my experience writing about the arts community, I was asked to take over reviewing local community theater performances, something I couldn’t do as a staff writer who previewed theater shows.

I said yes. It was one of the best decisions I’ve ever made.

Although I later returned to the Ledger Media Group for four more years, I was thrilled to be approached once again to review theater performances when I left the paper for good to write books. I’m blessed to continue serving the paper in this way.

I don’t do it for the money.

Yes, I get paid to review theater performances. But if you account for the time involved in traveling to a theater in a different city, watching the play, and writing the review, I barely clear minimum wage per piece. Add in gasoline costs and I probably make less than minimum wage.

But the intrinsic value is priceless.

Being a critic provides the means – admission with a press pass – and the motivation for me to experience theater I might not otherwise see. While I do take notes during performances, watching a play allows me to take a break from real life and go to another place and time for awhile – a sweet respite! We are blessed with four community theaters in Polk County and they’ve all made me laugh, cry, cringe, gasp, sing, dance up the aisle, and smile all the way home.

And I’ve met the most fascinating people. Theater folks may be quirky, but they’re anything but boring. If you need to find a different way of looking at the world, talk to anyone associated with the theater and you’ll receive some fascinating views. Follow them on Facebook and Twitter and you’ll discover some of the coolest people on the planet.

A treasured memory: One producing director of a local theater emailed me after the publication of each review to thank me for my comments – whether the review was stellar or not. He always managed to pass along a bit of wisdom from his 44-year career. He retired at the end of last season. I’ll miss his emails. They had a huge impact on me as a reviewer, writer, and theater enthusiast.

When I signed on as a critic, I had no idea how seriously reviews were taken by the theater community. Had I realized this, the knowledge may have intimidated me out of the gig.

As they say, ignorance is euphoria – or something like that.

After recently chatting with a couple of local producing/managing theater directors and a number of patrons, I compiled a list of several ways theaters are impacted by reviews – good and bad. Reviews do the following:
• Give patrons an idea of whether or not they want to spend their precious time and money seeing the production
• Provide theaters marketing opportunities through posting reviews on websites and social media
• Offer well-deserved recognition for everyone who has spent long hours involved preparing, rehearsing, designing, and executing a production
• Affect audience turnout. A negative review may decrease the number of people in the audience while a positive review will most likely increase it.

Both patrons and thespians check newspapers for reviews in the days following opening night.

“To have our productions reviewed gives them the status and importance of all our endeavors and the immense value to our community’s overall cultural quality and quality of life we have come to expect here in Lakeland,” says Alan Reynolds, artistic and managing director for Lakeland Community Theatre.

Dan Chesnicka, an experienced actor who recently took the helm of Theatre Winter Haven as producing director, has experienced a shift in the way he sees reviews.

“I have a whole new view about what a reviewer is. It’s always had to do with ego as a performer,” he says. “Now it’s a tool I can share on social media. After a review, I write those thank you notes.”

Reviews, explains Chesnicka, hold the theater to a higher standard.

“It’s important to do good work and to have an honest evaluation. It has to be from an independent party,” he said. “The only way to get better is to know when you’re screwing up.”

Occasionally I’ll receive a note from actors thanking me for feedback. A memorable one was written by an actress who said she took my comments, i.e.: constructive criticism, to heart and was working on improving. While she couldn’t change the costuming issue, she did have the power to improve her stage presence. I saw huge growth in her acting the following season. Her email remains in my files.

I’ve been told my reviews have been included in grant applications resulting in funding. I’m pleased to know my work may in some small way help them continue providing quality theater experiences to our county.

The arts matter. I’m pleased to know my theater reviews do too.

When the Writing Gets Tough: How Goodreads Helped Cure My Writer’s Block