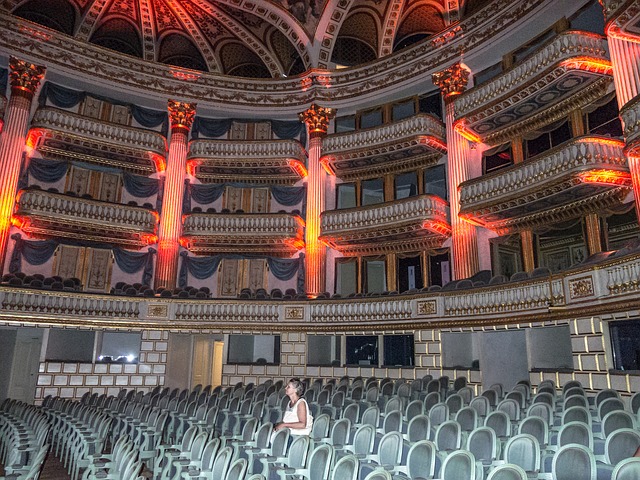 The new theater season is upon us, which means life is becoming even busier these days. Yet this annual return to the theater feeds my creative side and teaches me something new about the arts, the world and myself.

With my first review of the season under my belt, I take a deep breath and hang on to my pen and notepad! More productions will be on their way, which not only means a crazier schedule, but more opportunities to experience theater magic.

In honor of this magic, this week I share with you several thoughts generated from past theater experiences.

Lessons from the Footlights

The “Shoe on the Other Foot” Thing

One particularly negative letter to the editor zinged me for, among other things, focusing only on the lead actors and not mentioning those in smaller roles. Although I did mention the designers in the review, the writer pointed out the importance of the stage manager and other technicians.

My editor noticed an increase in the length of my reviews after she received that letter. I took a marked notice in smaller but well-played roles and highlighted the efforts of young actors. In musicals, I credited the music director and pit musicians.

Although I took awhile to admit it, I learned a lot from that letter.

It prepared me for life as an author in the Internet Age.

Just as I’m not wild about every performance I see, not everyone appreciates my books.

Negative book reviews can sting, but I don’t take them personally. The reviewer may not like my book, but he or she has no idea who I am as a person. I try to compare the book reviewer to my role as a theater critic: Just because I don’t appreciate an aspect of the play doesn’t invalidate the entire production.

I do, however, use negative book reviews as an opportunity to learn. While I don’t dwell on them, I DO consider negative comments and consider using them as tools to evaluate my writing and make it better.

Writing theater reviews has made me a stronger person, better writer and more appreciative theater patron, and for this I thank everyone who has been a part of a production I’ve reviewed.