Cosmic Reverb: Spirit of the Derry Down

A blurb about Cosmic Reverb: Spirit of the Derry Down, Donna Kelly’s latest work in progress:

Lee Jolliss gritted his teeth as the young woman turned the skeleton key and opened the creaky door to a past he’d spent decades avoiding, first with alcohol and drugs, then with 12-step meetings and the love of a good woman. The Derry Down. He was as nervous as he’d been as a boy walking in to play his first gig in this listening room. Now 69, his life had been defined by this place. His own career had been eclipsed by that of his former band mate, the legendary Gram Parsons, who’d lived hard and died young more than four decades earlier. Lee wasn’t sure which ghost haunted him most – the charismatic Parsons whose country-folk-rock style was still revered by fans worldwide or the tattered remnants of a career that never took off.  Lee was still playing music, but he couldn’t help repeating the words: “What if?”

Meanwhile,18-year-old guitarist Coda Brandon stood outside the music store and gazed across a narrow park as two people entered the weird little building on the other side. He’d been drawn to the tiny tumbledown shed on the edge of downtown since 5th grade, when he’d started riding his bicycle to the public library to escape his father’s explosive temper. Some sort of funky vibe reached out from the old place and swallowed him each time he passed it, and stayed long after he’d reached his destination. Nobody seemed to know anything about the place that looked like a cross between a barn and a tool shed with peeling paint and cracked windows. The only thing Coda knew for sure was those four walls held a story. He had no idea he’d be drawn into the tale and his life would cease to be his own…

When Lee’s and Coda’s lives collide at the Derry Down, the Spirit of Music reaches out from the past and grabs each man by the throat.

Nothing will ever be the same. 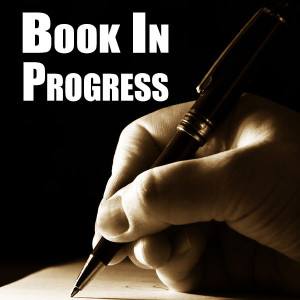